Well done to all of our 5th and 6th class pupils for setting up and running their fantastic and innovative businesses during our annual Enterprise day. The children decided to donate a portion of their profits to charity. We are so proud of all they have achieved. 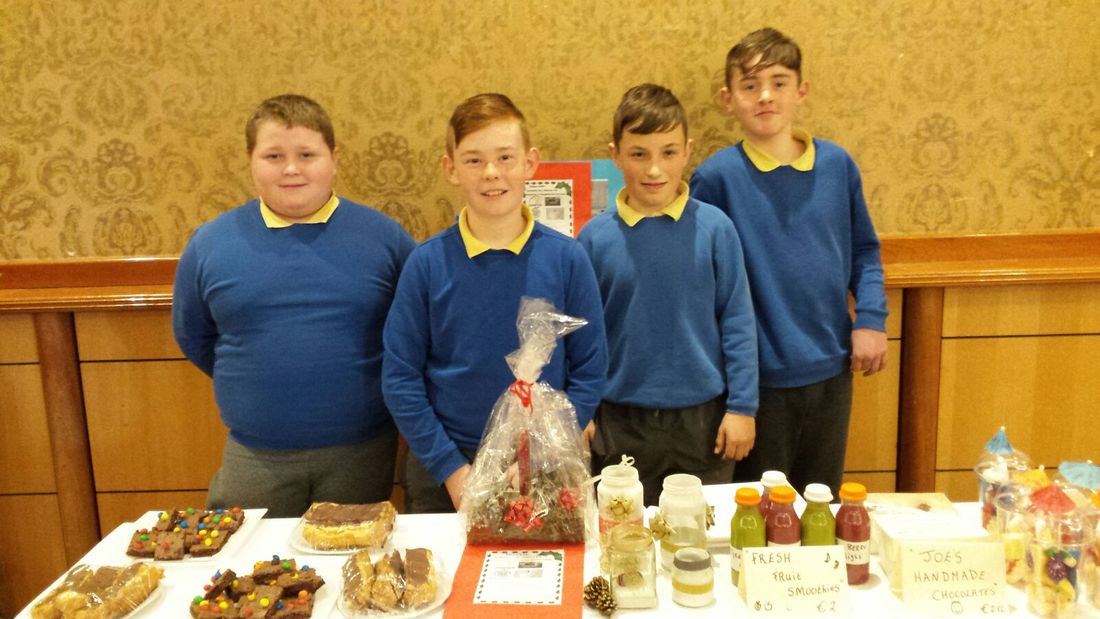 The Local Enterprise Office in Offaly County Council runs an annual Most Enterprising Student Programme which offers primary schools throughout the county the opportunity to nominate their Most Enterprising Student (or group of students). It offers schools a chance to give recognition to a student who has set up and run their own business. Many of the schools who entered the competition held an “Enterprise Day” where the students designed, made and sold their products. The school then chose their winner from all the students who participated. The decision proved difficult for some schools given the wealth of business talent that now exists!
The awards were presented at a ceremony in the Tullamore Court Hotel on Tuesday 17th April by Anna Marie Delaney, Chief Executive Offaly County Council and Leas Cathaoirleach Offaly County Council, John Clendennen.
The children who were nominated had the opportunity to display their products at the awards ceremony and also to sell on the day. A lot of business was done with many stands completely selling out! Some examples of the businesses run by students include the current craze that is “slime”, home baking, handmade gifts and kindling.
Each school nominee was presented with a prize pack including a €50 book token and framed certificate.
21 schools entered the competition this year and nominated their Most Enterprising Student or Students.